What Does Diplomacy Mean?

What Does Diplomacy Mean? 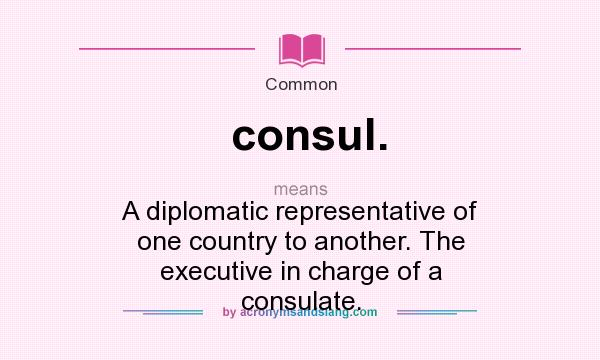 In case you’re wondering what diplomatic means, it refers to the art and science of fostering peaceful relations between nations. This process involves negotiation, sanctions, and large international conferences. Here are a few things to keep in mind:

In a world where billions of people cross borders every day, technology is destroying conventional geographic boundaries, and multinational corporations are expanding, diplomacy is more important than ever. The art and science of maintaining peaceful relationships between nations is essential to maximizing our interconnectedness. Diplomacy involves dealing with issues of conflict, environment, technology, and security, among others. This article will discuss how diplomacy can help us manage these challenges and make the world a more peaceful place to live in.

Diplomacy includes meetings with national leaders and other sites of power. The United Nations, for example, has 195 member states. It has expanded diplomacy to include large international conferences, usually attended by heads of state. Some conferences involve dozens of leaders discussing issues such as migration, trade, and the environment. For example, in 1990, the United Nations approved the military response to an Iraqi invasion of Kuwait. The United Nations approved a coalition of nations to fight the Iraqi army, and the conflict ended.

Early modern diplomacy has its origins in Northern Italy in the early Renaissance. First diplomatic relations were established in the thirteenth century, with Milan playing a central role. Later, diplomacy flourished in Tuscany and Venice, two cities with rich diplomacy. From that time on, many modern diplomatic traditions developed on the Italian Peninsula. This was the birthplace of the art of diplomacy and its many facets.

Diplomatic means negotiation, but what is it exactly? Diplomacy involves negotiating, bargaining, and influencing other people to reach a common goal. Negotiations usually involve two or more groups that each ask for more than the other, compromise, and reach an agreement. Sometimes, an outside diplomat will be involved. In the 1990s, for example, a Finnish diplomat who worked for the UN helped Namibia gain independence from South Africa.

Among its functions, diplomacy focuses on building goodwill and fostering relationships with other states and peoples. It is concerned with the mutual security of all parties involved, whereas it also seeks to promote cooperation. Ultimately, diplomatic negotiations seek to improve the security of the state and keep it neutral. A successful negotiation will benefit both parties. Here are some tips for diplomatic negotiations. So, get started! Don’t hesitate to explore all of your options. You might find it beneficial to engage in a few.

Sanctions can be used to force a foreign country to follow international law. For example, in 1990, the United Nations sanctioned Iraq for invading Kuwait and violating international law. The first sanctions, which included an economic embargo, were meant to coerce Iraq to obey international law and recognize Kuwait as its sovereign state. During the Gulf War, this led to a number of additional sanctions, including trade embargos and a naval and air blockade.

Despite their popularity and normative value, diplomatic means sanctions come with a high cost. Ultimately, remaining diplomatically disengaged with problem states will ultimately result in both short and long-term losses to the U.S. government. But with growing evidence of the effectiveness of diplomacy, it is important for the American public to understand the importance of maintaining diplomatic engagement with the world’s troublemakers. So, what should the United States do in such circumstances?

Among the most notable uses of diplomatic sanctions, the closure of a country’s embassy, a ban on American aid, and a blockade of all U.S. diplomatic communications. Ultimately, these actions reduce U.S. engagement in public diplomacy. Closing an embassy cuts off an official avenue for U.S. officials to shape opinion in the targeted state. Additionally, the lack of diplomatic presence makes it difficult to communicate U.S. thinking to those in the targeted country, increasing the likelihood of future disagreements.

In diplomatic discourse, the word “diplomatic” can mean large international conferences or meetings. Diplomatic meetings are frequently held to establish relations between states. Today, these meetings occur on various levels, from bilateral to multilateral. They often involve discussions on scientific cooperation, cultural exchange, trade and tourism, technology transfers, food security, poverty, and economic development. Most diplomats attend these meetings in order to further their own interests, which may not be immediately apparent to those on the outside.

Traditional diplomacy involves government-to-government interactions, sometimes with people. This was the case in the early twentieth century with the emergence of international broadcasting. However, the rise of social media platforms, such as Facebook and Twitter, has shifted the landscape of diplomatic engagement. These new tools allow diplomats to engage with nontraditional audiences and to influence their government’s actions. However, some diplomats are not as comfortable with the technological advances.

Although largely discarded from private life, calling cards still play an important role in the diplomatic community. Diplomats must establish extensive contacts as early as possible. In addition, they need to contact those contacts quickly after arriving on their new assignment. Using calling cards is a convenient and personal way to introduce yourself and your mission. Although the format is no longer as formal as it was in the past, calling cards still often contain the traditional initials.

Being a diplomat means that you represent your country’s position while also trying to build trust and respect with others. You must work to protect the interests of your country, even if the other side does not share your view. You should always maintain a high sense of personal and professional integrity, and avoid publicly criticizing other nations. Diplomatic courtesy and respect is an essential part of the diplomatic process, and the best way to practice it is to always follow these rules.

Edwin McCord... an accomplished soul with a lot of charm, whit and brashness. He's an author, speaker and grammar enthusiast with a penchant to stir things up among his friends. He proudly affirms his place in the world as a classic 'know it all!'